Halloween season is upon us and with that comes the CHILLS, the SCREAMS,.. the TERROR!

We’re all stuck inside this year and what better way to socially distance yourself than to sit on your couch and watch terrifying tales in the dark! All month long LMC Media is bringing you goosebumps with a Schock-tober lineup of ghoulish programming. Lock the doors and tune in Friday October 30th for the sinister short film from the producers of Terror TV and Dead Air. Rose Cooper Tonight will keep you looking over your shoulder. Don’t say we didn’t warn you.

Rockin’ Roxanne is screaming her way into your home! Turn on, tune in, drop dead Friday October 30 for Dead Air. Witness the incredible short that sparked a soon-to-be feature film!

Everything kicks off tonight Oct 2 with the Badlands Double Feature! Two short films to give you nightmares: The Attic and Sobrevivo*!
*Please be advised that due to graphic content, viewer discretion is advised.

Relive the award winning Andrey Gordon Production, The Rascal! Beginning October 8th LMC will be airing the entire series every Thursday in October!

After an extra long hiatus last year, Demonika Diablo returns for the highly anticipated 4th season of Terror TV, premiering Friday October 9.
Three more deviously, delectable episodes of horror, fright, and sinister sarcasm to keep your blood pumping! Then tune in for an epic All Hallows’ Eve Terror TV Takeover and watch every episode EVER. 12 frightening films to help you embrace the madness!

LMC Media Center
"Keith was a person who always made you feel like you were important. He was an attentive listener who would always respond with a response filled with wisdom.
I would run into Keith from time to time and if he was having a bad day, you would never know it. He always exuded positivity. He will truly be missed." -Jim Killoran

LMC Media Center
Gloria Poccia Pritts, a lifelong Mamaroneck resident, Village Historian, and former President of the Mamaroneck Historical Society passed away January 12, 2021, at age 96. She kept the stories of her beloved hometown and family preserved and passed down through generations. We will always be grateful for Gloria and her lasting contributions to our community.
https://obits.lohud.com/obituaries/lohud/obituary.aspx?n=gloria-poccia-pritts&pid=197488154&fhid=27161

In Loving Memory of Gloria Poccia Pritts
View on Facebook

LMC Media Center
Today January 15th, is #NationalBagelDay 🥯! Support your local bagel shop! Village Square Bagels in Larchmont or #AvenueBagels in Mamaroneck to name a few, ❤️🥯🧡🥯💛🥯💚🥯💙🥯💜 🥯you all!

Gloria Poccia Pritts, a lifelong Mamaroneck resident, Village Historian, and former President of the Mamaroneck Historical Society passed away January 12, 2021, at age 96. We will always be grateful for Gloria and her lasting contributions to our community. https://t.co/XAj9umOFTK
View on Twitter
0
0

Learn more about how you can take care of your body and develop #healthyeating habits with @larchmontlib tonight at 7!
https://t.co/Ly7qwicHUV https://t.co/RfLxcD0Ojv
View on Twitter 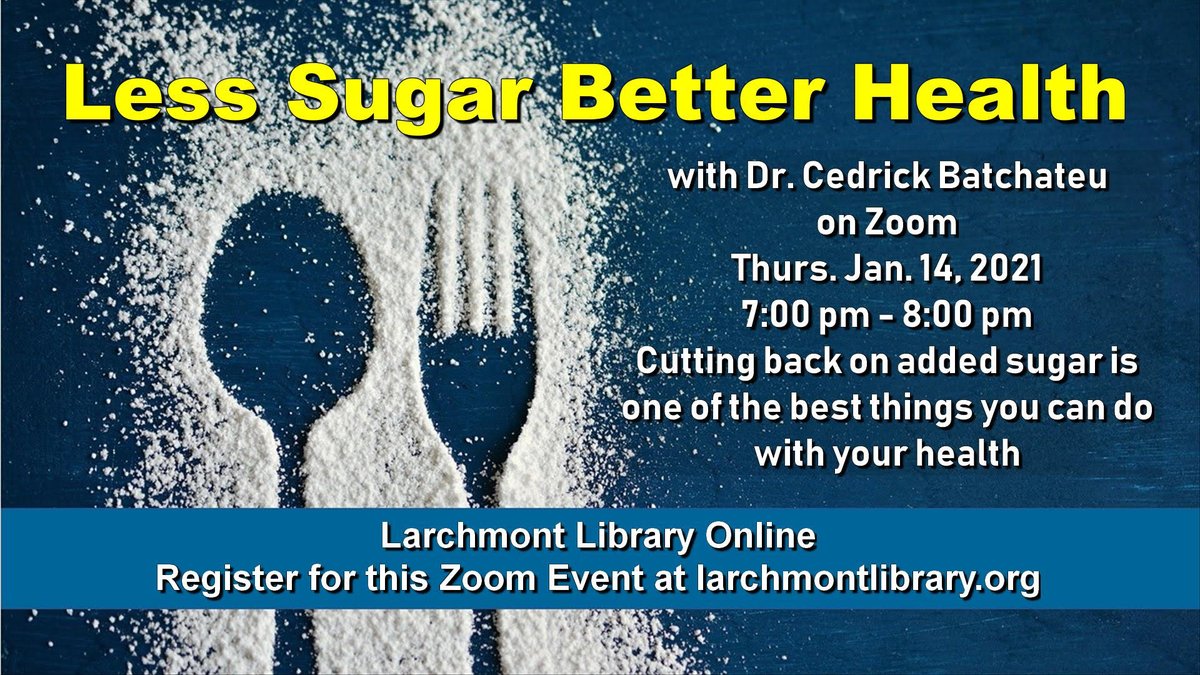 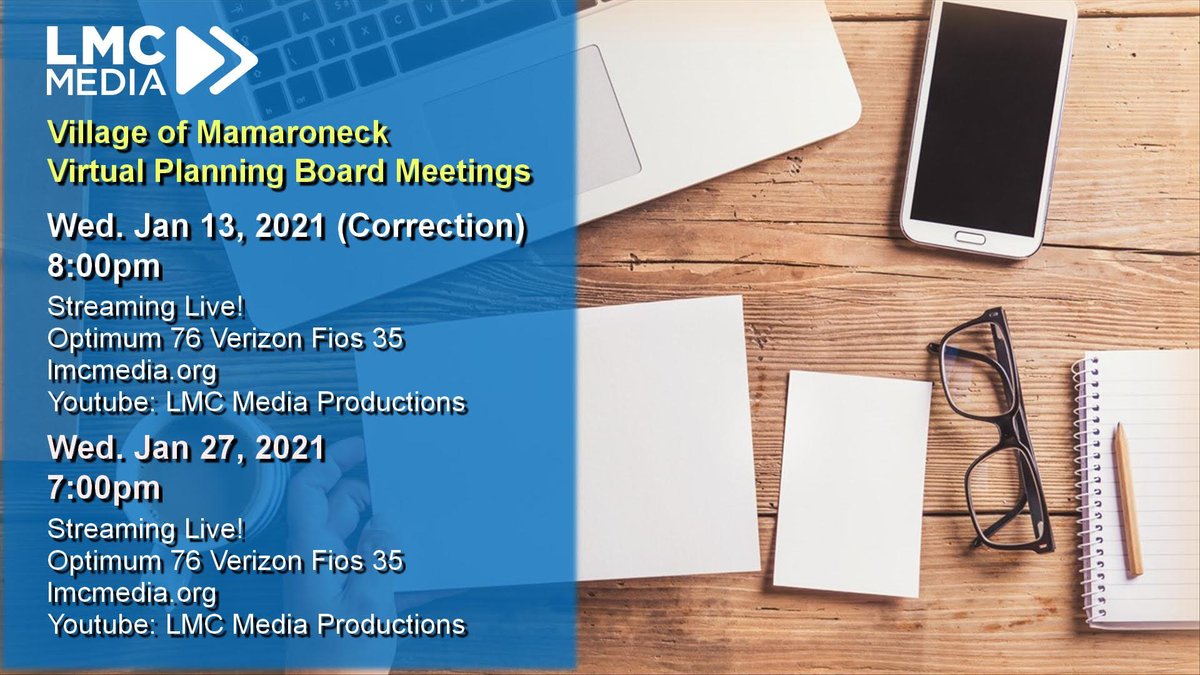 The next two @MamaroneckED Virtual Board of #Education Meeting are tonight at 7 and on Tues, 1/26. https://t.co/SHkUuup6Qo
View on Twitter 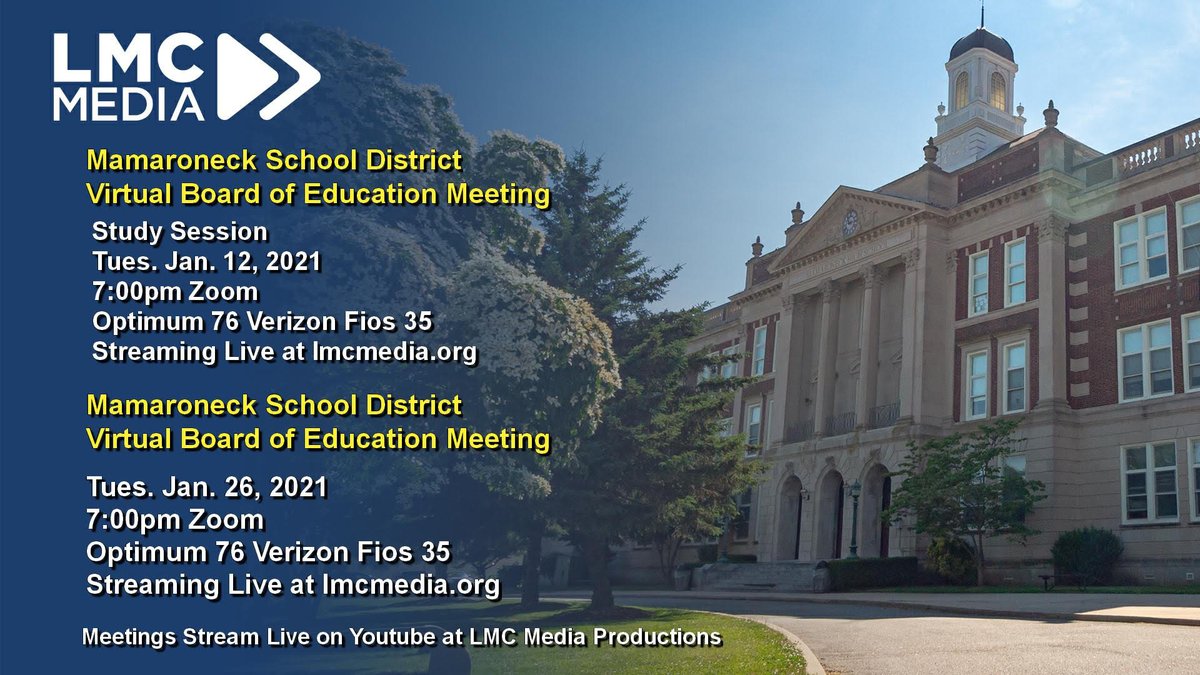 Join us tonight for the @TownofMamk #Sustainability Collaborative Virtual Meeting at 6pm! https://t.co/v03ML5m5kA
View on Twitter 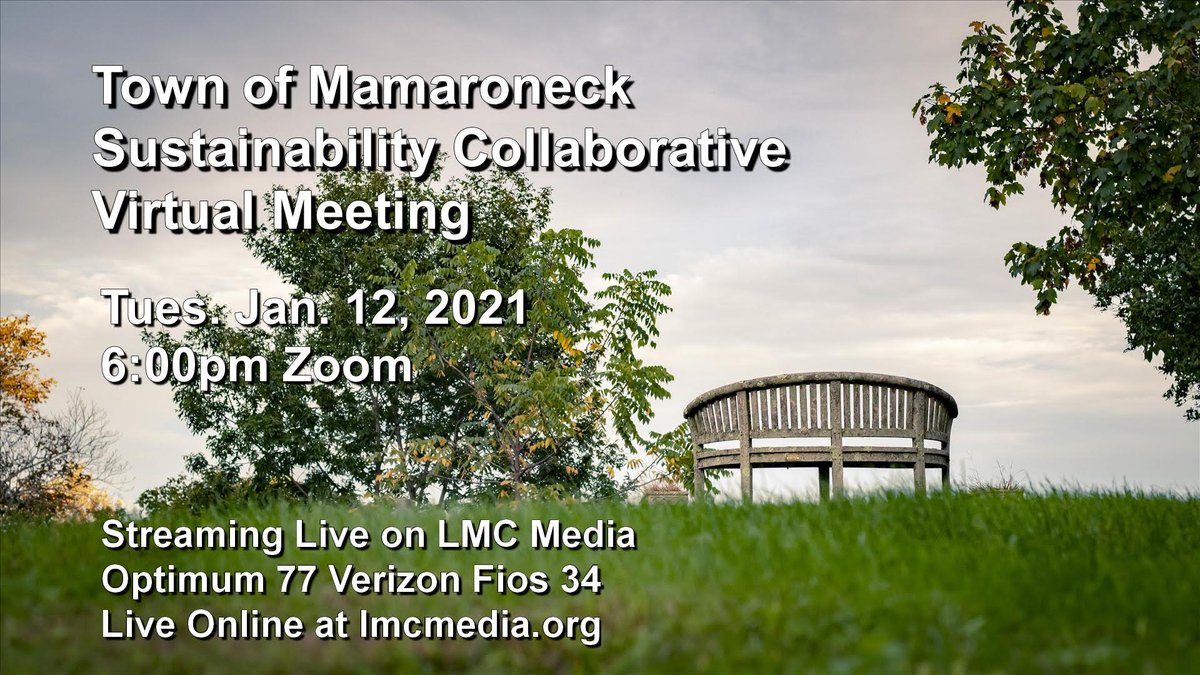