LMCTV is always looking for volunteers to assist with studio shoots, field shoots, and live events.  If you are interested in volunteering with LMCTV, please CLICK HERE and fill out our volunteer infomation form.  We hope to hear from you soon!

LMCTV: Look at Our Stars PROMO from LMC-TV on Vimeo.

Watch The Mayor's Report Special: 70th Anniversary of the Liberation of Auschwitz

On Thursday, January 22, a special “Mayor’s Report” was recorded in the Village of Mamaroneck Court Room. “Mayor’s Report – 70th Anniversary of the Liberation of Auschwitz Forum,” comprised of two Holocaust Survivors, Agnes Vertes and Judy Altmann, telling their stories in front of a group from the general public, including students from Rye Neck, Mamaroneck, and Scarsdale High Schools.  This is the direct end result of the coordination in cooperation with the local clergy, the Holocaust and Human Rights Education Center and the Westchester Jewish Council originally stemming from a Halloween graffiti incident in the Village of Mamaroneck.
The program, in its entirety can be watched below:

LMCTV offices will be closed as of 2:30pm today, February 2.

A recent report by Clean & Healthy New York and the New York League of Conservation Voters Education Fund, has been published on toxic toys in Westchester County. The report states that, “children’s products containing toxic chemicals are for sale in Westchester County, New York. These chemicals are dangerous, unnecessary and pose health risks to children like cancer, lower IQ scores and organ damage.” For a copy of the full report, please CLICK HERE.

Help Support LMCTV With Your Donation Now is the time! Support LMCTV before the end of the year with a fully tax-deductible contribution. Become a member and support our great new programming: The Local Live – local interactive news show, our Varsity Sports Programs including coverage of the Mamaroneck HS – New York State Field Hockey champions! And more… Please donate now.

Please make sure to include your Name, Address, Phone Number and e-mail address. Watch the Press Conference on the Banning of Plastic Bags

Watch the Mamaroneck Tigers Play for a State Championship this weekend on LMCTV!

The Mamaroneck Tigers Field Hockey team traveled to Maine-Endwell High School last weekend to play for a New York State Championship, and LMCTV’s Varsity Sports program was there to bring the game to your TV screen!
The state semifinal and state championship game can be viewed this Friday, Saturday, and Sunday evening and Saturday, Sunday, and Monday afternoon in the Larchmont-Mamaroneck area on Cablevision channel 77 and Verizon FiOS channel 34 at the following times:
8:00pm/1:00pm
Field Hockey – NYSPHSAA Semifinal – Saratoga Springs vs. Mamaroneck
9:20pm/2:20pm
Field Hockey – NYSPHSAA Final – Sachem East vs. Mamaroneck

LMC Media Center
New on our Youtube: Watch the personal story of local residents Tim and Rita, who shared with us their Hurricane Ida experience.

It may have happened last year- but we are still facing the consequences of poor flood resistance and structures in place to protect our community. It's with sharing these stories and facilitating conversations with our local government at meetings like Wednesday's session with the U.S. Army Corps of Engineers, Headquarters that will help our community move forward with a solid plan for the future.

Tickets are currently 'sold' out for the Army Corps meeting, but you can watch from the comfort of your home on https://lmcmedia.org

LMC Media Center is in Mamaroneck, New York.
Mamaroneck, New York
Did you know today is the last day of National American Craft Beer Week? For those who love themselves local craft beer, Mamaroneck is home to not only the wonderful beer super store @halftimemk , but also independent brewery @decadentales.

You can also check out a ton of delicious craft beers at @sedonataphouse AND for today only, select menu items will have proceeds donated to @thestemalliance 🧬

Where else will you be celebrating #craftbeerweek?

LMC Media Center
#CommunityUpdate: New on our Youtube, we chatted with Village of Mamaroneck Manager Jerry Barberio on why next week's community meeting with the U.S. Army Corps of Engineers is super important to attend! Come through on May 18th at the Emelin Theatre or catch it on our site to make sure you know what options our community has when it comes to responding to flood damage.

The Village of Mamaroneck Manager Jerry Barberio explains what you need to know about the upcoming Community Meeting with the U.S. Army Corps of Engineers on...
View on Facebook

LMC Media Center
Help shape the future of the Town of Mamaroneck, NY by voicing your opinion! The Town is currently updating its comprehensive plan, and they want to hear from all residents about community services, transportation and how to improve other important needs for our community! For more info, watch our recap on what the comprehensive plan covers and make sure to swing by for the upcoming session on the 24th: https://youtu.be/Wk59C9-yiGs

LMC Media ·
@LMCMediaCenter
How are you celebrating the end of #CraftBeerWeek? We recommend favorite Mamaroneck spots like Decadent Ales, Half Time- or enjoy a drink with your dinner at @Sedonataphouse for today's #DineOutforCharity initiative! This month's charity is @TheStemAlliance 🧪 https://t.co/ykinY7zmQw
View on Twitter 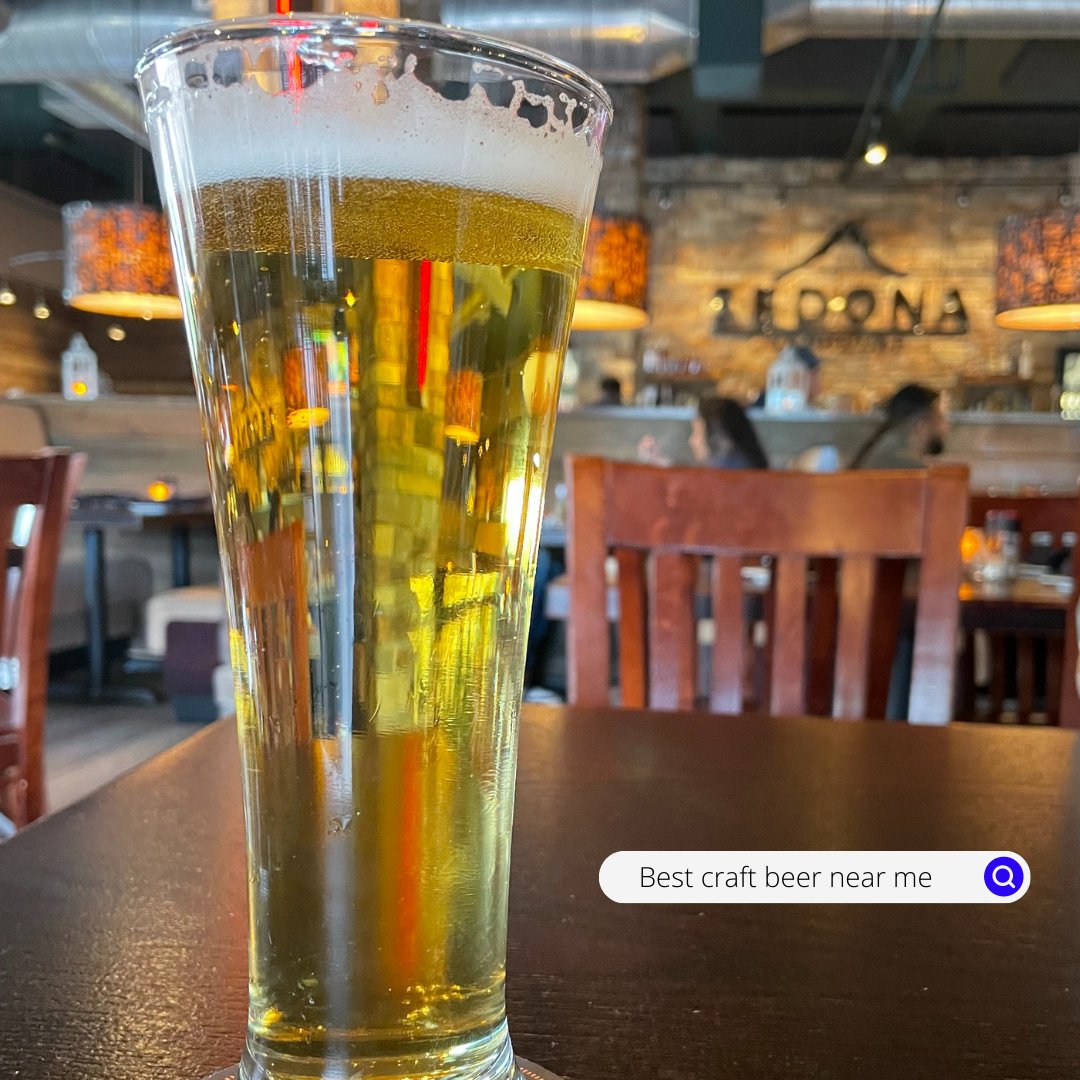 LMC Media ·
@LMCMediaCenter
When you think of the Town of #Mamaroneck's future, what do you see? Check out more info on upcoming listening sessions to see how you can get involved in shaping the future of this town we love so much! https://t.co/f57jJ3kyq3 https://t.co/1uRP66YH41
View on Twitter 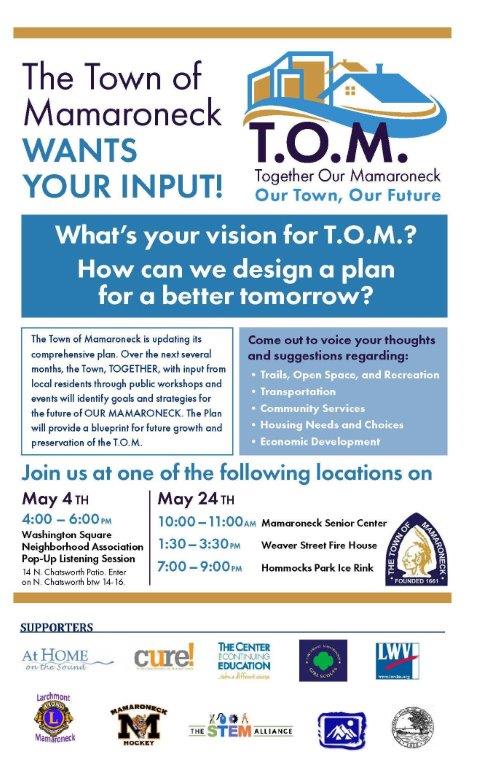 LMC Media ·
@LMCMediaCenter
Clean and Green Day here in Mamaroneck was a SUCCESS! Thank you to everyone who pulled up to help- the future seems bright 🌟 #CleaningUp #ClimateActionNow https://t.co/M4qTzEFSfT
View on Twitter 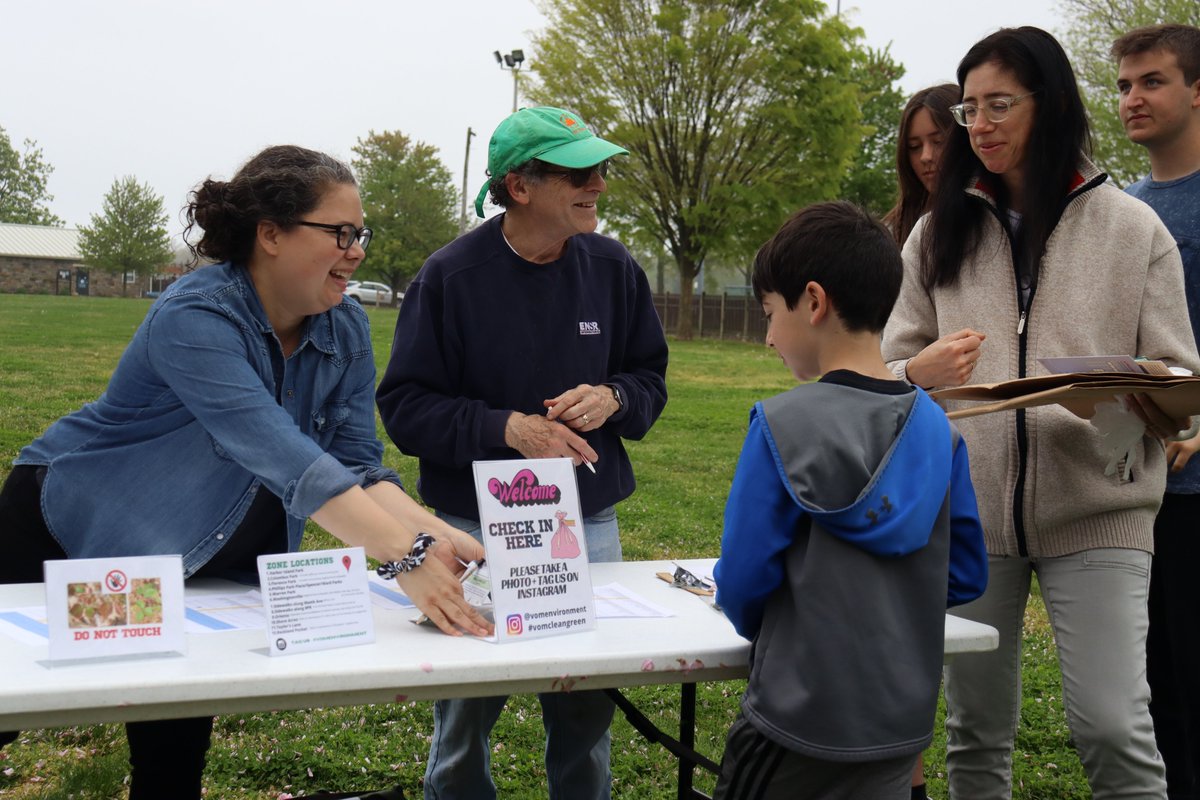 LMC Media ·
@LMCMediaCenter
#CommunityUpdate As of yesterday, the operation of leaf blowers, per the Village of Mamaroneck's Leaf Blower Law ( https://t.co/b4F0xYVMKc), is prohibited until September 30th. This includes ALL leaf blowers including gas, electric AND vacuum.
View on Twitter
0
0

LMC Media ·
@LMCMediaCenter
NEW on our #YOUTUBE: Learn more about the upcoming community meeting with the @USACEHQ regarding flooding issues in #Mamaroneck https://t.co/NnPszLBS7x
View on Twitter
0
2

LMC Media ·
@LMCMediaCenter
Want to help shape the next ten years for the Town of Mamaroneck? Check out how you can get involved in upcoming public listening sessions- your voice can be the difference this community needs! https://t.co/h2dF1yzfuQ https://t.co/qCKncI72Vp
View on Twitter
0
0